Establishment of the Promotion Committee 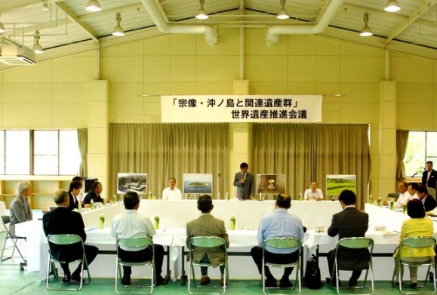 Upon the addition of the property to Japan's tentative list of UNESCO (United Nations Educational, Scientific and Cultural Organization) World Cultural Heritage Sites in Jan. 2009, Fukuoka Prefecture, Munakata City and Fukutsu City jointly established the Sacred Island of Okinoshima and Associated Sites in the Munakata Region World Heritage Promotion Committee. Established on Jan. 21, 2009, and composed of residents, economic associations, and cultural and educational organizations, the Committee has played a central role in implementing efforts aimed at inscription on the World Heritage List under the united initiative of the public and private sectors.

Preparation and Submission of the Nomination Dossier 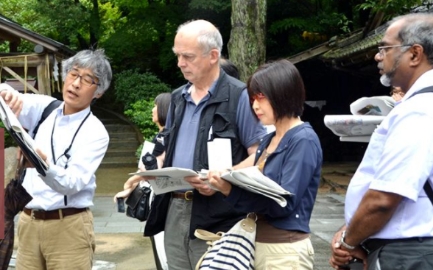 To prepare the nomination dossier to be submitted to UNESCO, the Committee hosted expert meetings attended by domestic and international specialists. Academic studies were conducted to prove the values of the property as a world heritage and to determine the buffer zone (surrounding landscape to be protected with the property). In January 2016, the nomination dossier was submitted to the UNESCO World Heritage Center. 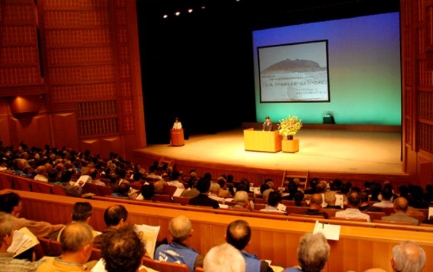 Regarding the results of the research, which was conducted from multifaceted viewpoints during the activities aimed at inscription, the Committee published research reports and hosted academic research report meetings to disseminate the results at home and abroad to further promote general understanding.

On January 5th, the site was added to Japan's tentative list of UNESCO World Heritage Sites.

In September, ICOMOS (International Council on Monuments and Sites) conducted an on-site inspection.

In July, all eight components are inscribed as a world heritage at the 41st World Heritage Committee.

The Committee appointed these goodwill ambassadors to publicize the value of the Sacred Island of Okinoshima and Associated Sites in the Munakata Region.

Jump to To preserve this World Heritage Site for future generations