The island of Okinoshima, which is located approximately 60 kilometres from the main island of Kyushu, as well as its associated sites on Kyushu and Oshima, are exceptional examples of the cultural tradition of worshipping a sacred island as it has evolved and been passed down to the present day.
Ancient ritual sites linked to prayers for maritime safety remain on Okinoshima today, dating from the second half of the fourth century to the late ninth century. These rituals developed at the same time that active exchanges that were occurring among the Japanese archipelago, Korean peninsula, and Chinese mainland.
The ancient Munakata clan worshipped the kami that dwelled on Okinoshima, and their faith later led to the worship of the three female kami of Munakata. Okinoshima forms one part of Munakata Taisha, which enshrines the three female kami of Munakata. This sacred tradition has been passed down to the present day, including its taboos and the practice of worshipping the island from afar.

This Property is an exceptional example of cultural tradition of worshipping a sacred island, as it has evolved amidst a process of dynamic oveaseas exchange in East Asia and as it has been passed down to the present day.

A World Heritage Site is a place listed by the United Nations Educational, Scientific and Cultural Organization (UNESCO), that is considered to be of outstanding universal value to humanity, based on the World Heritage Convention. The World Heritage List consists of cultural, natural, and mixed properties.
The World Heritage Committee decides whether a property meets the criteria necessary for it to be inscribed on the list.  The Sacred Island of Okinoshima and Associated Sites in the Munakata Region have inscrbed on the List in July, 2017 according to the two criteria described above. 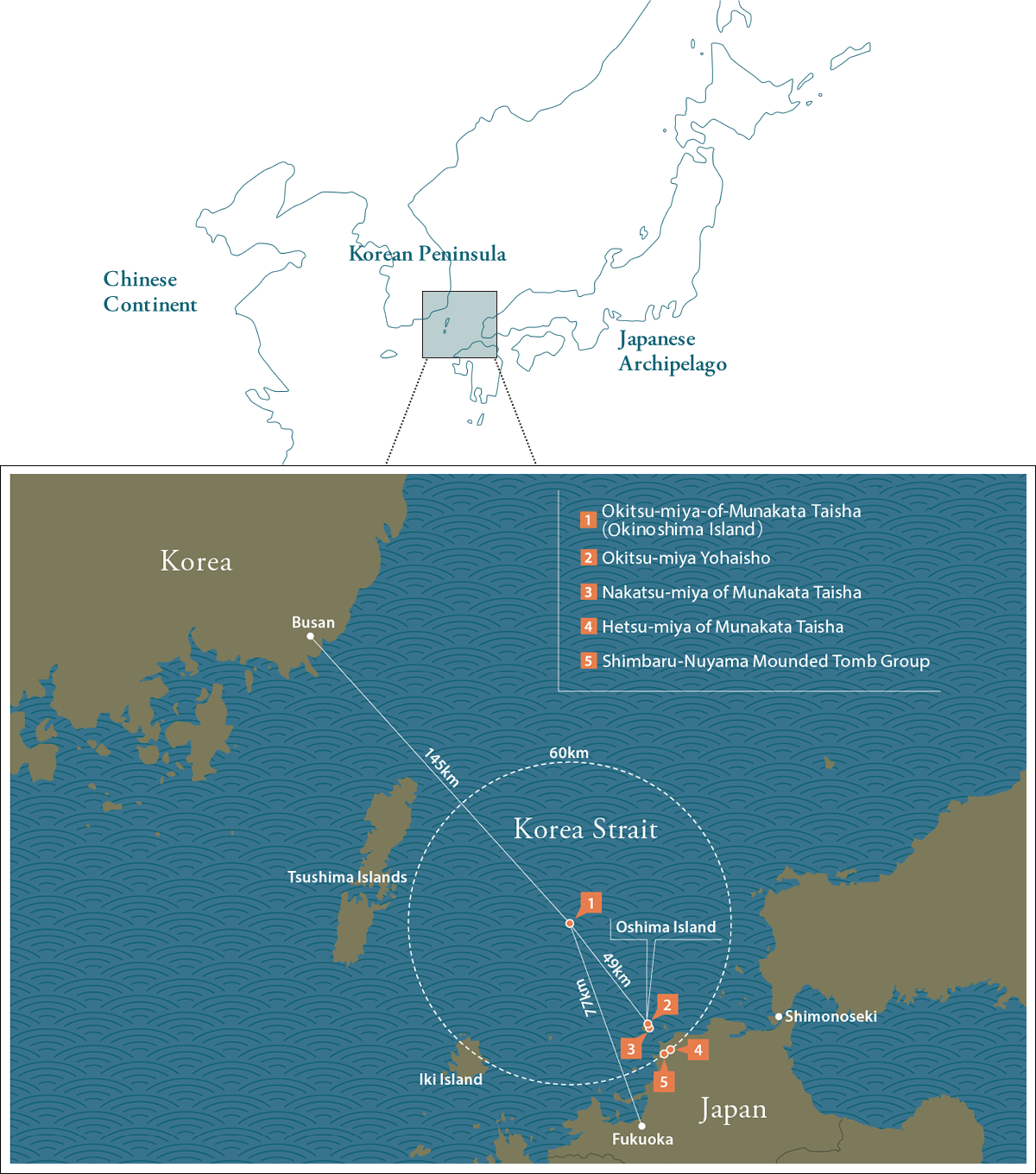